Why is this difficult? 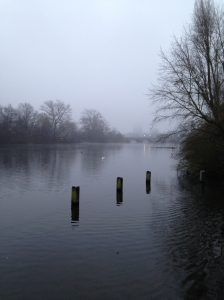 Basically, swimming the English Channel involves being in the water for several hours. The average channel swim in 2012 lasted 13 – 15 hours. Two swimmers have got to France in under 7 hours and the longest was well over 28 hours.

The other major challenge is the tides. The Dover Strait has strong tidal flows because there is a lot of water flowing into an essentially thin stretch of channel. In some countries, high tide can be a few centimetres higher than low tide, however, in the English Channel, the water depth can vary by 10 metres between high and low tide. The English Channel has some of the biggest tidal variations in the world and these tides can flow at up to 4 nautical miles per hour – which is just slightly faster than the 200m swimming world record.

There are a few other challenges – wind, salt water chafing, waves and the odd jellyfish – but nothing that cannot be overcome with some grease and a little persistence